More about Origin and Operation Science 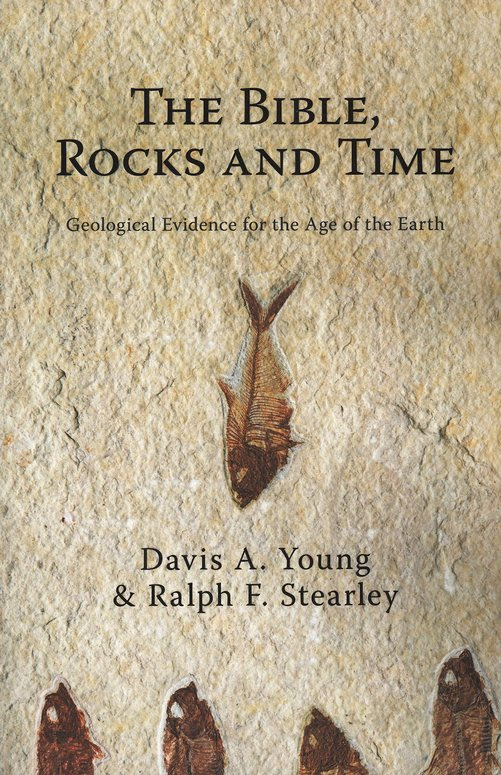 Thanks for the intriguing and compelling article. I do affirm in principle the quotation you supply from Bavinck about the primary purpose of Scripture. That said, I am somewhat hesitant about how far it goes. It may be the case that I and II Kings, for example, are not primarily written to provide a "history of Israel," but any scholar who wishes to write such a history would be foolhardy to ignore I and II Kings. Furthermore, much of Scripture's historiography seems to be directed at telling us about certain events that took place in the past. It can be a struggle to see how these books direct us to the knowledge of God (and so they become more infrequently employed in preaching and Christian devotion), though we accept in principle that this is their primary purpose.

Thank you for your response. I see the difficulty you are pointing out. Immediately before the Bavinck quote I wrote: “I refuse to use Scripture that way because it was not intended to provide information that satisfies the requirement of modern scholarship whether for history or for the natural sciences. This should not be misunderstood as rejecting its historicity.” This refers back to the use of Scripture texts in the hands of scientific creationists which I was discussing. Taken as a general statement about all of Scripture it is of course far too sweeping. More nuance is required in other contexts such as I and II Kings. At the risk of sounding naive, is it not possible to view I and II Kings as history told with the purpose of making a point? What is selected for inclusion and the way the story is told are shaped by the point intended by the Author. The stories would not be useless for a scholarly history of Israel, but it would have to be carefully assessed with its intended purpose in mind. I am not a biblical scholar and so I cannot assess the value of this suggestion when the rubber hits the road in I and II Kings. Is the so-called historical-redemptive approach to these books of any value? Perhaps someone in the know will respond.

I do think the redemptive-historical method provides a way through these issues. But it still may be dangerous to posit any dichotomy between the "religious-ethical" purpose (Bavinck's phrase) and the "historical" purpose with respect to some books. That is, because revelation is inherently incarnational (i.e. because a christological hermeneutic is necessary), the historical and revelatory intent of some books cannot be separated; they are two sides of the same coin. In this respect YECers are affirming something important about the rhetoric of scripture; it insists on being located in a particular time and a particular place. This does not mean that all details mentioned in those books will meet a professional historian's standards - as Bavinck says, they are using scripture as any other book and not in accord with its true purpose. But it does mean that, regardless of whether it satisifies the standards of modern history (which in principle denies that history can be revelatory of God and his works), many of the books of Scripture do have a historical intention.

In a blog entry on Reformed Academic, More on Origin and Operation Science, Jitse VanderMeer quoted Herman Bavinck in a response to John Byl. “Holy Scripture has a purpose that is religious-ethical through and through. It is not designed to be a manual for various sciences. It is the first foundation (principium) only of theology and desires that we will read and study it theologically. In all the disciplines that are grouped around Scripture, our aim must be the saving knowledge of God. For that purpose Scripture offers us all the data needed. In that sense it is completely adequate and complete. But those who would infer from Scripture a history of Israel, a biography of Jesus, a history of Israel’s or early Christian literature, etc. will in each case end up disappointed”. This is a beautiful quote in and of itself.

However, Herman Bavinck would be rolling around in his grave (if that were possible) if he found out how Jitse VanderMeer has used this statement (about the Bible not being a Science textbook) against his own strongly held beliefs. The sad irony is that, while Jitse uses Herman Bavinck’s writings to try to undermine John Byl’s argument that forensic or historical science is not the same kind of science as operational science, Herman Bavinck makes exactly the same point as John Byl. I will prove that with the following three quotes from Bavinck's insightful and prescient 1901 article called “Creation or Development”.

First, and this is the part that is similar to John Byl’s statement that origin science is worldview driven and has nothing to do with science as such (and remember, this is Herman Bavinck): “But however much this system (evolutionary theory) may seem to be inwardly united and however readily we may account for its influence and popularity, it is not a product of science, but of the imagination; it is a play of conceptions on the part of the understanding which thirsts after unity. It is said to be built upon the foundation of empirical physics, aided by logical thinking; but it is a castle in the air, without any solid foundation, and without any severity of style, an air castle in the true sense of the word. With the laying of the very first stone it abandons empirics, the reliable results of physics. It is no science in any serious sense, no science exacte, as it is claimed to be, but a world-view with which the subject plays his parts, a philosophy as uncertain as any system of the philosophers, and individual opinion of as much significance as that of every other man."

Bavinck continues: "That this assertion is correct is shown by the fact that though this system has been more broadly worked out in this century just closed and furnished with data from physics, in principle it has been thought out and recommended by philosophers long ago. Neither in former centuries nor in this has materialism been the result of severe scientific investigation, but the fruit of philosophical thought. Indeed, from the nature of the case physics can never go back of nature. It stands on the ground of nature, assumes its existence, and hence cannot answer the question of origin. As soon as it undertakes to do this it leaves its lines, ceases to be physics and becomes philosophy, on an equal standing with the other philosophical systems which as grass and flower of the field may bloom today but wither tomorrow. Physics may have discovered in this century the law of the conservation of workcapacity, but with no logical possibility can the inference be drawn from this that matter and force are eternal.”

Second, there is not a single phenomenon that backs up many claims: “This new world-view involves itself still more in a net of contradictions when it handles the question of the origin of man. It is indeed stated, as the consistency of the starting point claims, that man descended from the animal. But it has not been demonstrated by a single phenomenon. It was known in earlier times that all sorts of relationships exist between animal and man, it is taught in the Scriptures, and at most has been indicated in our age in several particulars. With the animals man was created on the sixth day. His body also was formed from the dust; of the earth he is earthy. But all the features of relationship give no right to the conclusion that man and animal belong to one family and that they are blood relations.”

And third, “Moreover, no single sample has been produced of the transition forms which with a common descent must have existed in great numbers. Some finds of human bones and skulls have been hailed enthusiastically as remnants of the so ardently longed-for transition forms. But a more accurate investigation brought ever again to light that all these remnants were original with common people, men of like movements with ourselves. In spite of diligent and zealous investigations there is nothing in advance this day of the word of Rudolf Virchow, that every fossil type of lower human development is wanting. No one has thus far demonstrated where and when and how the animals have developed themselves into men. As far as we can go back into the past, animals have been animals and men men. The descendance theory of Darwin may be an indispensable link in the doctrine of development; it finds no support in facts. Man always has and still does form a distinct species in the world of creatures.”

Uniformitarian ideas that Bavinck opposed are no longer in vogue today so we see that Bavinck was right on. So we see Reformed Academic is using respected Reformed philosophers to try to back up their own science-above-scripture claims, even though these philosophers would vehemently disagree with them. It's appears to be a theme in progressive creationism to get past church fathers to join their position, even though they would object to the old-earth position. Examples include Augustine, Justin Martyr, Basil the Great, Ambrose of Milan, Ambrose, and other church fathers (see "Refuting Compromise" by Jonathan Sarfati who quotes all the respective sections on pages 105-137).

To me it is crystal clear. The editors of Reformed Academic have been swayed by origin research to such an extent that they’ll try to squeeze conclusions from that research into the Bible, even though there is no hint in the Bible that the creation days aren't normal days. This is even more more surprising seeing that evolutionists and old-earth geologists are running stuck trying to fit the facts into their worldview. For much more proof, read Jonathan Sarfati’s “Refuting Compromise.”

Jitse van der Meer has just now had time to respond to Herman van Barneveld's comment. The response is here.