Tim Keller on Evolution and the Bible

This creates a problem for both doubters and believers. Many believers in western culture see the medical and technological advances achieved through science and are grateful for them. They have a very positive view of science. How then can they reconcile what science seems to tell them about evolution with their theological beliefs? Seekers and inquirers about Christianity can be even more perplexed. They may be drawn to many things about the Christian faith, but, they say, ‘I don’t see how I can believe the Bible if that means I have to reject science.’

This is how Tim Keller, founding pastor of Redeemer Presbyterian Church (PCA) in Manhattan, introduces a paper entitled “Creation, Evolution, and Christian Lay People.” [This paper is listed in our “collected papers” (see sidebar) and a direct link is here.] Herein he looks for possibilities of reconciling faith and evolutionary science. He begins with a discussion of the four main problems orthodox Protestants have with evolution, namely (1) the authority of the Bible, (2) the tendency to equate evolution as a biological theory with evolutionism as an anti-Christian worldview, (3) the historicity of Adam and Eve, and (4) the problem of violence and evil. The most difficult one, he remarks, is number 3, the historicity of Adam and Eve. Unlike some theistic evolutionists, Keller refuses to deny this historicity, which, he shows, is clearly affirmed in both the Old and the New Testament. He emphasizes that in the discussion about science and faith it is not science, but the Bible that has to have the final word. As he writes at the end of his paper, “Psalm 19 and Romans 1 teach that God’s glory is revealed as we study his creation, yet in the end both of those passages say that it is only Scripture which is the ‘perfect’ revelation of God’s mind (Psalm 19:7). We must interpret the book of nature by the book of God.” He continues, quoting O.T. scholar Derek Kidner, “It cannot be said too strongly that Scripture is the perfect vehicle for God’s revelation… To read it with one eye on any other account is to blur its image and miss its wisdom.” 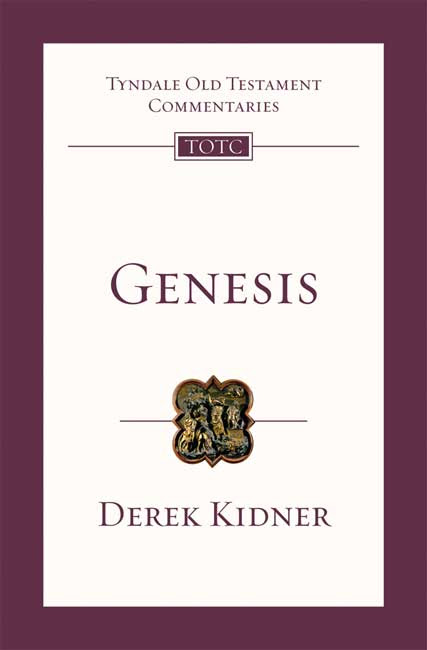 How then can the difficulties be overcome? In trying to answer that question, Keller refers to relevant studies by several Christian scientists, theologians, and philosophers. He considers a number of possible models and in the end expresses preference for the one proposed by Derek Kidner in Genesis: An Introduction and Commentary (IVP, 1967). Kidner’s model admits of human evolution but nevertheless holds that Adam was the first creature into which God breathed human life, and that Adam and Eve are the ancestors of all humankind. What are we to say about Keller’s paper? Are Keller and Kidner convincing? Neither of them states that he has spoken the last word on the issue. Keller tells us, “When Derek Kidner concluded his account of human origins, he said that his view was an ‘exploratory suggestion…only tentative, and it is a personal view. It invites correction and a better synthesis.’” That, Keller adds, “is the right attitude for all of us working in this area.” (Readers of this blog, incidentally, will notice that our blog partner Dr. Jitse van der Meer sees eye to eye with Dr. Kidner in the matter of human evolution, the historicity of Adam and Eve, and the descent of all humans from Adam, and that he affirms the same tentative approach as Kidner and Keller.)

In conclusion: I realize that some (many?) of our readers will take Keller’s approach as yet another attempt to “fit” evolution into the Bible. I want to urge these people to resist that temptation and to take Keller at his word when he says that the Bible has the last word. I also realize that I run the risk of being criticized for drawing attention to this paper. Such a reaction will not surprise me. I myself have questions; and I much appreciate Keller’s (and Kidner’s) statement that we have to look at their arguments as explorative and tentative. Theirs is indeed not necessarily the last word.

The reason for the decision to introduce the paper is my conviction, shared by the other members of the blog, that we should acquaint ourselves with attempts made by orthodox, well-informed Christians to deal with one of the most difficult problems that Christianity meets today in the realm of ideas. Rather than dismiss these men as by definition apostate, we should join the discussion. I hope that our scientists, theologians, philosophers and others will do so. To facilitate the conversation we have posted a link to Keller’s paper at our blog.
Posted by Frederika Oosterhoff at 10:27 AM

Email ThisBlogThis!Share to TwitterShare to FacebookShare to Pinterest
Labels: evolution

After reading this article I decided to read more of what Derek Kidner's take was on this subject. If I read pages 56, 57 and 58 I fail to see why Frederika Oosterhoff would defend Tim Keller's use of this commentary to defend his point of view on the creation account. Derek's strong suggestion that 'God intended us to picture the creation as compressed into a mere week" , on pages 56, 57 and his final comment on this section "It is only pedantry that would quarrel with terms that simplify in order to clarify" (page 58), seems to suggest that he argues for a ‘childlike faith’ when it comes to the six day creation. I think Tim Keller and by implication Frederika Oosterhoff is cherry picking his commentary.

Thanks, Mr. Vandergaag, for your comment. You will understand that I did not post an essay of my own on the blog, but introduced one by Tim Keller, without in effect defending that essay (although I suggested that we pay attention to it). I assume that you have read not only my one-page introduction, but also Keller’s 14-page essay itself and noticed the references Keller makes to Kidner’s book.

In what follows I am of course not speaking for Keller or for Kidner (neither needs my support). I interact only with your comments. With respect to your reference to pages 56-58 of Kidner’s study, he writes that God may well intend to ‘have us picture the creation as compressed into [which is not the same as taking place within] a mere week’ (p. 56). On the next page he admits that we might object that (1) the author ‘shows no consciousness of speaking otherwise than literally,’ and (2) that to consider the chapter as non-literal ‘makes it guilty of saying one thing and meaning another.’ Kidner answers the first objection by saying that the full meaning of an inspired utterance was often hidden from the speaker (and gives biblical examples), and the second with reference to the phenomenological language of the chapter (that is, the language of appearances, just as we say, for example, that the sun is ‘rising’). He adds ‘…hence also the heavy temporal foreshortening which turns ages into days’ (my italics). He concludes with the following sentence, the last part of which you quoted: ‘Both are instruments of truth, diagrams enabling us to construe and not misconstrue a totality too big for us. It is only pedantry that would quarrel with terms that simplify in order to clarify’ (p. 58). This does not suggest to me that Kidner advocated a literal six-day creation.

As I said, I am defending neither Kidner nor Keller - see also my remarks at the end of my introduction on the blog. For all I know, both may be wrong. I am only attempting to correct what I believe is a misunderstanding on your part, and I hope that my attempt helps clarify things. All the best!